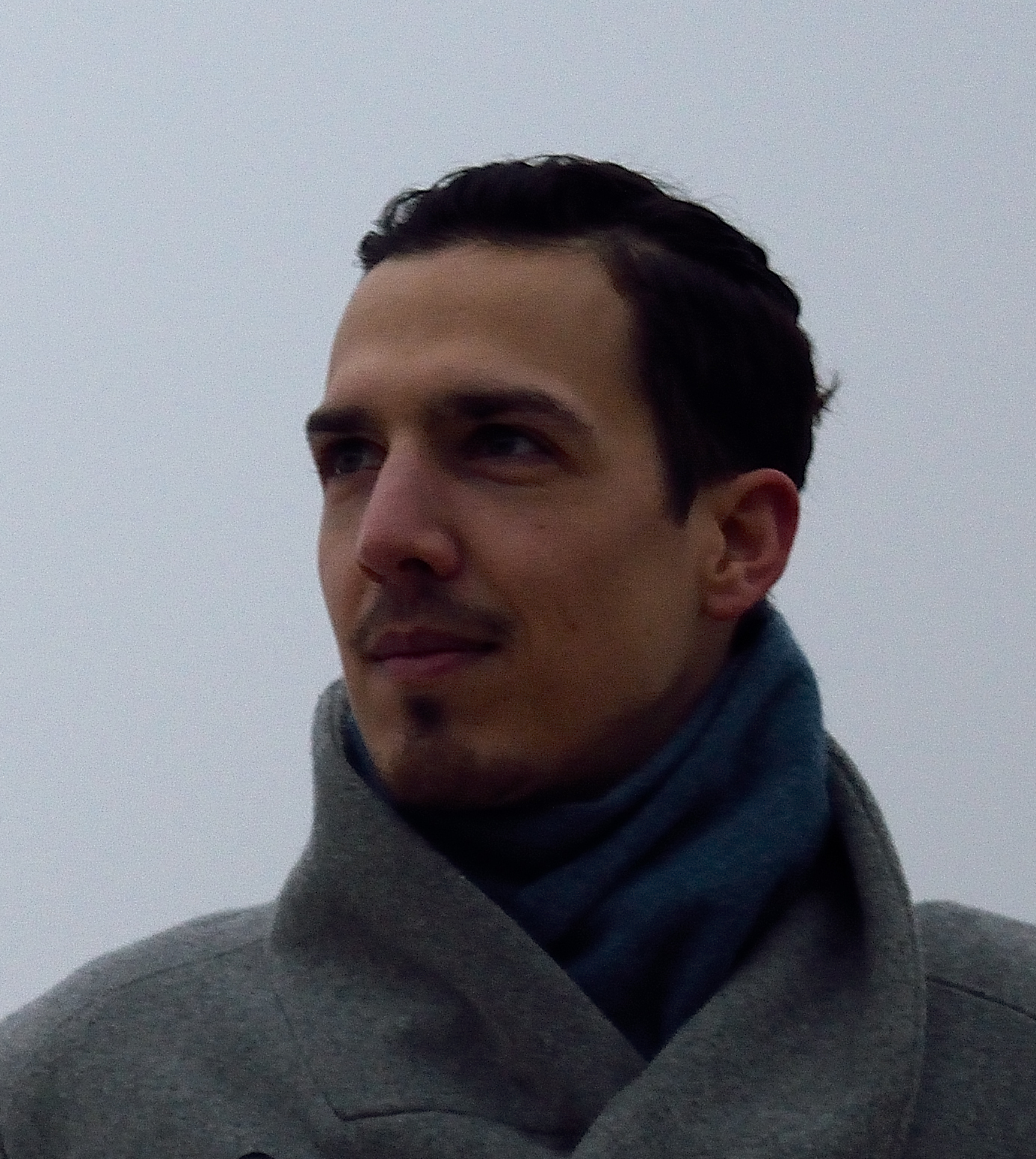 Laurent Dumortier (1989, Belgian, lives and works in the Namur region) is an artist who favors figurative drawing with charcoal, watercolor, acrylic and colored pencils. In his artistic approach, he confronts reality through sketches and notes as an observer or even as a “voyeur”. It is from the feeling, the atmosphere of a place and the colors that he is influenced whilst drawing. From there on, one can observe the loss of memory, the blanks of the paper, the erasures, the inconsistencies, the moments of unconsciousness which are the attempt of the artist to write an unfinished story.

He first began studying landscape architecture for 2 years (2008-2010), an important element because it nourished his interest in the notion of space, emptiness and narration in the landscape. After these two years, he decided to continue his studies at the Royal Academy of Fine Arts in Brussels in the section “drawing”. A place where he got reconnected with charcoal, colors, watercolors and had the opportunity to explore further the relation between image and space. He thus obtained a Master’s degree (2016) and started his artistic career. First there will be the Pygmalien series, nourished by the texts of Pierre Klossowski and Victor I. Stoichita. He participated at the Parcours d’artistes de Beloeil (2018, BE), was selected for the “Carte de visite – ArtopenKunst” competition in Brussels (2019) and took part in group exhibitions. In September 2019, his work was noticed by the Private Foundation of the Carrefour des arts (Foundation which promotes 4 or 5 emerging artists each year by offering an artistic residency). An artistic experience shared with other artists that consolidated his approach with charcoal and enabled him to work on the Windows series. During the same year (2020), he participated in exhibitions “No Guts, No glory” at the Chambre de l’art (Brussels, BE) and “294 days between 4 walls” at the Private Foundation of the Carrefour des arts (Brussels, BE). Currently, he continues his artistic work and also wishes thanks to his original approach to start questioning the way of painting of portrait and landscape.

The works of Laurent Dumortier