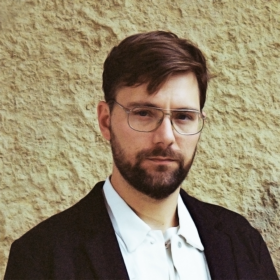 David de Tscharner (°1979, Swiss, based in Brussels, BE) graduated from the art schools ESBA in Geneva, CH and La Cambre in Brussels, BE in 2005, where he now works as a teacher. As art director of Code (2005 – 2010), a magazine dedicated to the promotion of emerging artists, he had the opportunity to collaborate with well-known artists like Florence Doléac, Benoit Platéus, Céline Vaché-Olivieri, Charlie Jeffery, Gabriel Ghebrezghi (Ghostape), Eric Croes and Jean-Baptiste Bernadet. His art career took off with his first solo exhibition “One Sculpture a Day Keeps the Doctor Away” at the Brussels based gallery Aliceday in 2012. It was a response to the the artist collective La Table Ronde, who invited David to exhibit in the storefront they occupy in the center of Brussels. In the midst of a particularly intense creative period, during which David produced numerous drawings and sketches, experimented with new sculptures and tested several original installation ideas, he decided to build a display structure where he presented a new creation every day. Over a period of one month, he “confided” his freshly made works to the gaze of passers-by in the lively street where the shop window is located. At the end of the exhibition, David continued the experiment on the Internet, via the website www.1sculpture1day.com. Since then David has had numerous solo exhibitions i.a. “Fantasmagorie” at Frac des Pays de la Loire in 2014, “La Nature des Choses” at Maison Grégoire in 2016, … to name but a few of his most remarkable shows. Next to his solo shows David has participated in numerous group exhibitions in France, Luxemburg, Belgium and Switzerland. He is represented by Escougnou-Cetraro art gallery in Paris, FR.

The works of David De Tscharner