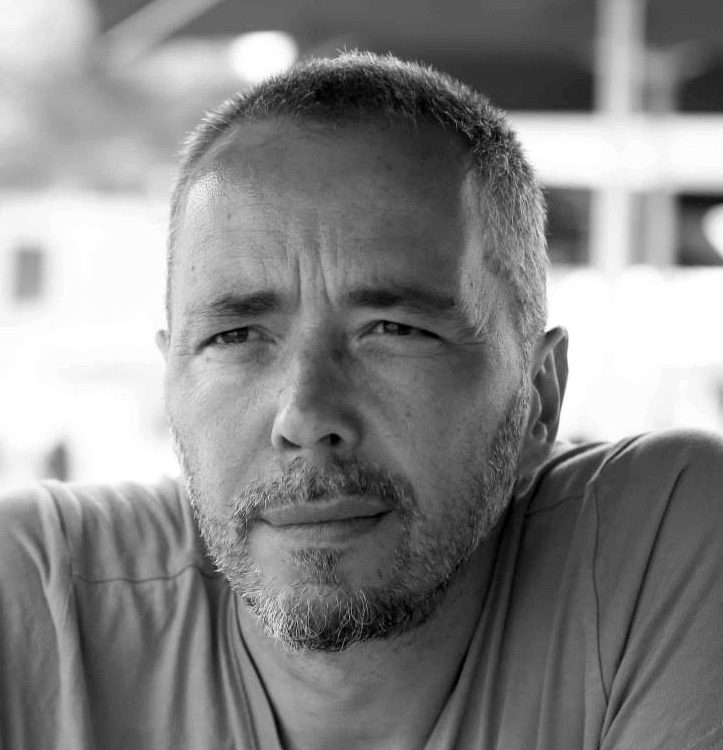 Robert Suermondt (Dutch, Swiss and Slovenian) was born in Geneva in 1961 to Dutch and Slovenian parents. Since 1993 he lives and works in Brussels (BE). Robert Suermondt studied in the Media-Mixed workshops, taught by Cherif and Silvie Defraoui, of the “Ecole Supérieure d’Art Visual” (ESAV) in Geneva (CH) from 1983 to 1988, followed by a graduation course at the “Rijksakademie” in Amsterdam (NL) from 1989 to 1992. He is regularly invited to give lectures and workshops at the renowned art school La Cambre, Brussels (BE). In 2007 he was awarded the prestigious “Meret Oppenheim Prize”, granted annually by the Swiss federal government to celebrate outstanding Swiss artists. Since 2008, he has frequently participated in exhibitions in Belgium and abroad. Among the extensive list of shows, exhibitions include a solo show called “Unlimited Basel39”, Basel (CH), in 2008; a two-person exhibition “Couper-Coller” with the English artist John Stezaker (1949, UK) at the « Centre de la photographie », Geneva (CH), in 2013; “The Base of Venice” at the Venice Biennale, Venice (IT),  in 2015 and “3 Eden”, a one year installation realized in Charleroi (BE), in 2016 .

The works of Robert Suermondt