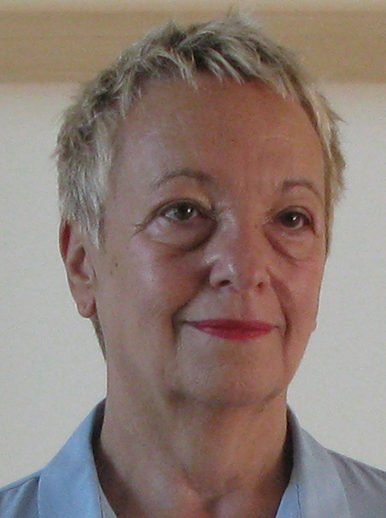 Jeanine Cohen (1951, Belgian, based in Brussels), is a Belgian painter. Halfway between constructive rigor and the dissolution of the shape, Jeanine’s paintings – using the surface as an integral part of the art work – integrate the concepts of space, time and movement, with a focus on colour as the primary element. In 1981 she graduated with a degree in Silkscreen Printing from the renowned La Cambre School of Visual Art, in Brussels (Belgium). Since 1984, Jeanine has participated in numerous group and solo exhibitions in Belgium as well as in various others countries (Portugal, USA, Israel, Poland,…). She has also completed two artist residencies in 2007 in Reykjavik (Iceland) and in 2012 in Lisbon (Portugal). Earlier this year the artist presented a solo exhibition “The space between” at Hverfis Gallery in Reykjavik (Iceland). Cohen’s work is also part of site-specific projects, for corporate and private institutions throughout Belgium and abroad such as The French Community of Belgium, Winterthur Insurance Company, Zurich Insurance Company and Agoria Group Headquarters, all in Brussels, Belgium, as well as the Statens Konsrad Public Collection in Stockholm, Sweden and the Musée de Cambrai in Cambrai, France. Additionally, she is represented in a number of important private collections in Belgium, Iceland, Israel, USA, Portugal, Spain, and France.

The works of Jeanine Cohen