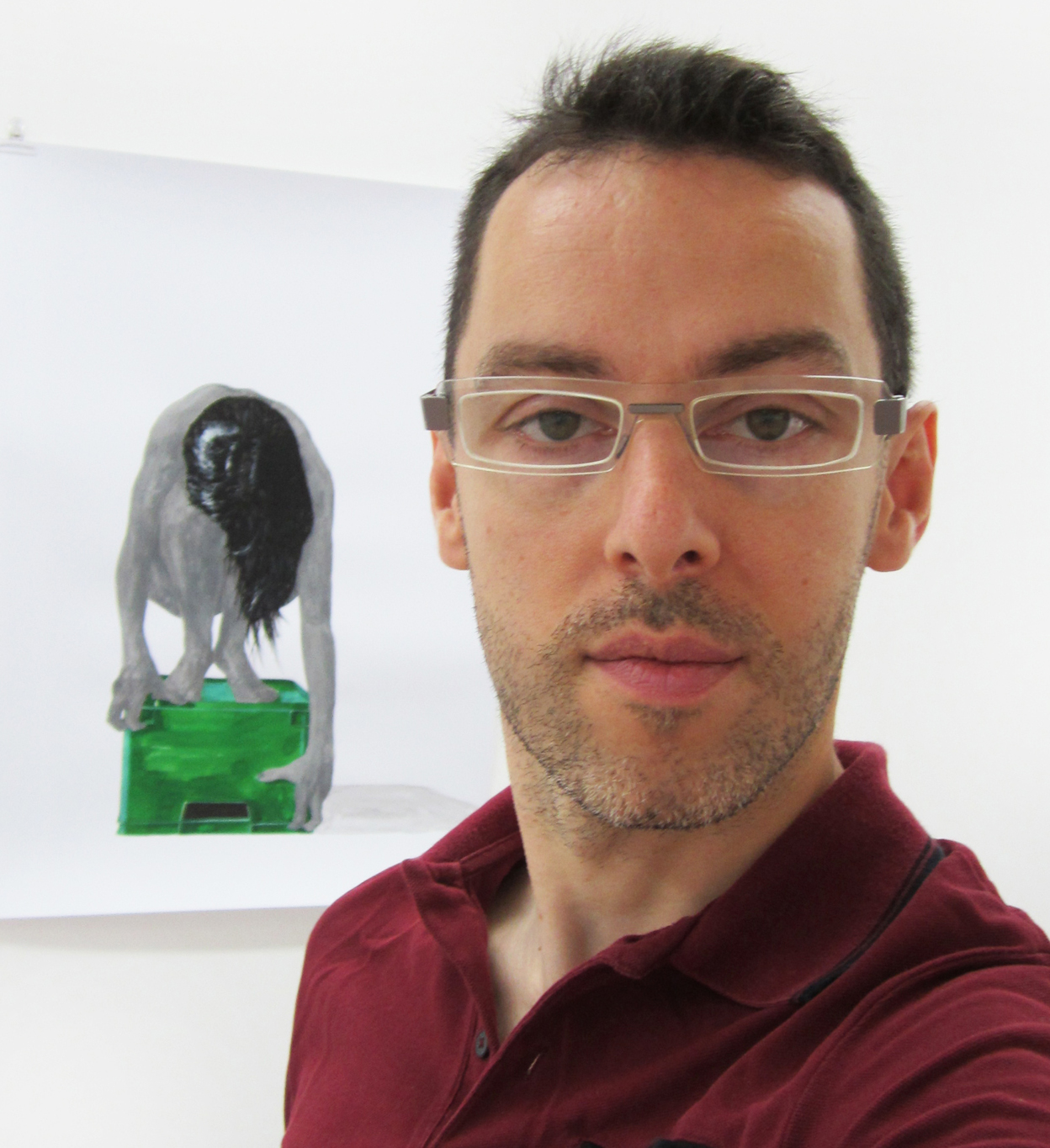 François Marcadon (°1981, French, based in Brussels, BE) held his first big solo exhibition “Golden Days” in 2013 in Paris; displaying street art and wall paintings near the famous St-Martin Canal. A year later he was invited to hold a solo exhibition in Taipei (Taiwan) by the director of the Museum of Contemporary art (MOCA). Under the title “Look and feel your best” François painted a gigantic figure in the MOCA studio alluding to the book Gulliver’s Travels by Jonathan Swift (1721) and replicated self portraits in the Zhongshan subway station, which seemed to roll frenetically across the length of walls echoing the speed of the subway users in Taipei. François’ work is much appreciated in Belgium and abroad. Recently his work was publicly shown during exhibitions in Brussels (BE), Roubaix (FR) and in Milan (IT).

The works of Francois Marcadon